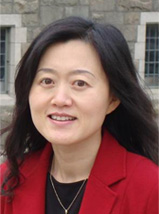 How to raise children who are happy, healthy, productive, resilient, and morally good is a concern of all parents, teachers, and societies. Traditional approaches to youth development largely focus on identifying problems and reducing them. This problem-focused approach is helpful to a certain extent for addressing issues of illness and problems. However, it is limited in addressing how to build and maintain health and well-being. Positive youth development entails more than absence of problems.  Required is a new kind of science and practice that expands existing approaches. Researchers and practitioners need to go beyond the reduction or elimination of problems and to take seriously what it means to live well.

Positive psychology takes a strength-based approach. Positive psychology calls for as much focus on strength as on weakness, as much interest in building the best things in life as in repairing the worst. It reminds us that problems coexist with strengths and assets. Strength-based approaches use what people do well to solve their problems and enhance their well-being. Although positive psychology does not deny the problems that exist, it suggests that identifying what one does well and doing more of it in life is an effective way to build a thriving life. This lecture will provide brief overview of positive psychology theory and research and effective ways to identify strengths and assets and utilize them for positive youth development.

Nansook Park is professor of Psychology, director of Michigan Positive Psychology Center at the University of Michigan, and a nationally certified school psychologist (NCSP) in USA. She is also a Distinguished Visiting Professor at the University of Johannesburg in South Africa. She did her graduate work both in Korea and the USA and has a research and practice background in clinical and school psychology. Her research focuses around a psychology of human strengths and virtues and the promotion of positive development and well-being across the life-span in different culture settings. Her expertise includes character strengths and virtues, resiliency, life meaning and purpose, positive experiences, positive relationships, and strength-based practice. Her work in developing ways to measure character strengths and virtues and studying consequences and ways to cultivate good character is considered one of the most ambitious undertaking within the field of positive psychology. She played a major role for the Soldier resilience/growth and psychological fitness project, the Positive Health project, the Positive Youth Development project, and the Positive Education project. Her work has had impacts on research and practices in various settings including education, health care, business, and military worldwide.  She is currently leading the Resilience in Orphans project in South Africa. 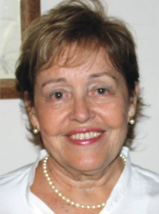 Director of the Master Programme on Family Intervention and Mediation

The goal of my presentation is to showcase the initiatives being carried out in Spain to evaluate the parental education programmes for the prevention of child maltreatment implemented at the local social services level under the umbrella of the Council of Europe’s Recommendation on Positive Parenting. The parenting programmes (in group, home-based and Web-based formats) offered in the preventive network have been rigorously evaluated, which is an important step toward introducing the evidence-based movement in the domains of child and family services. The programmes evaluated follow a collaborative schema with national, autonomic, or local authorities, have a multi-site and sustained implementation, and are supported by highly experienced researchers from Spanish universities. The target populations of the programmes reviewed are mainly parents and families with children from  birth to five, six to eleven, and twelve to seventeen years old, children from low and medium socioeconomic backgrounds, and parents at psychosocial risk attending social services in need of improving their parenting skills. Positive parenting programmes have been successfully applied in family preservation services delivered mainly through social services and other services run by NGOs, and offer a new take on traditional individual interventions with at-risk families at local level.

María José Rodrigo, Ph.D. is a professor of psychology at the University of Salamanca, and director of the Master Programme on Family Intervention and Mediation at the University of La Laguna, Spain. Prof. Rodrigo was President of the European Association of Developmental Psychology from 2008 to 2011. Fellow since 2010 of the Association for Psychological Science (APS) for sustained and outstanding distinguished contributions to psychological science, she has been the organiser of several postgraduate courses on Evidence-based Parental Education Programmes and Best Practices to Promote Positive Parenting sponsored by the Council of Europe and the Jacobs Foundation. She is an expert commissioned by the Spanish Ministry of Health, Social Policy and Equality to promote good practices among professionals in the use of evidence-based and preventive approaches for family work. Prof. Rodrigo coordinates a consortium of seven Spanish Universities working in partnership with the Spanish Federation of Municipalities, since 2009 providing the main foundations to develop a family policy that supports families in Spain with a prevention and promotion focus on children’s wellbeing. Her research topic is Evidence-based parenting programmes to promote positive parenting in families under at-risk circumstances and to prevent child maltreatment, on which she has published many international papers. Prof. Rodrigo and her team have designed, implemented, and evaluated group parenting programmes targeted at families referred by local social services, which are widely spread in Spain and currently applied in Portugal and Brazil. Prof. Rodrigo and her team have also developed a web resource for Spanish speaking parents “Educar en Positivo” that contains an on-line evidence-based parenting programme (http://www.educarenpositivo.es). Prof. Rodrigo is also involved in a second line of research on developmental neuroscience with two topics: a) the study of the neurological and personality bases of maternal insensitivity to infant signals in neglectful mothers; and b) the study of the neural networks activated in adolescents’ risky decision-making in social contexts. 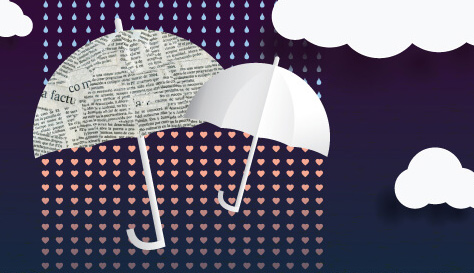