The idea of founding a Catholic University in Croatia has existed since the establishment of an independent Croatian State. However, the Croatian War of Independence (1991-1995), the post-war reconstruction and dire economic and social situation in the aftermath of the war postponed the realisation of this idea until the middle of the first decade of the new millennium.

The Catholic University of Croatia emerged from the heart of the Church in Zagreb, motivated primarily by the thoughts and deeds of the Archbishop of Zagreb, Cardinal Josip Bozanić. In his pastoral activities, he felt the important need for such a university, based on spiritual and intellectual movements in the Church and Croatian society. It was he who recognised the fervent desire of believers, especially Catholic intellectuals, as expressed in their reflections and inner Church dialogue, which sought its realisation. Consequently, a process was launched resulting in the establishment and development of the Catholic University of Croatia, which presently comprises five study programmes (at the undergraduate and graduate levels), as well as two postgraduate, doctoral studies and over one thousand two hundred (1200) students.

Cardinal Bozanić indicated his intention to found a University in April 2004. The decision to embark on its foundation was adopted on 29 June 2004, the Solemnity of Saints Peter and Paul. The following six months were spent in talks with teaching staff, scientists and researchers and individuals who were considered valuable prospective associates or could provide useful advice. In this period, a decision by the Croatian Bishops’ Conference to initiate the foundation of a Catholic University in Zagreb, adopted at the 29th plenary session on 12 October 2004 in Zadar, featured prominently and entrusted the Archdiocese of Zagreb with the realisation of the initiative as the University’s Founder.

The final step followed after a period of reflection, assessment and agreements and with great trust in the Lord. First, Cardinal Bozanić established a Committee for the Establishment of a Catholic University in Zagreb by a Decree issued on the feast of the Epiphany, 6 January 2005. The Cardinal appointed Professor Ivan Šaško, PhD (a priest in the Archdiocese of Zagreb, at the time Associate Professor at the Catholic Faculty of Theology, University of Zagreb) the Committee’s Chair; Professor Ivan Koprek, PhD, SJ (Provincial of the Croatian Province of the Society of Jesus at the time), the Vice-Chair; and Vlado Šakić, PhD (the then Director of the “Ivo Pilar” Institute of Social Sciences); Maja Štambuk, PhD (researcher at the “Ivo Pilar” Institute of Social Sciences) and Gordan Črpić, MSc (Head of the Centre for the Promotion of the Social Doctrine of the Church of the Croatian Bishops’ Conference) its members.

The constituent session of the Committee was held on 12 January 2005 with Cardinal Bozanić presiding.

In line with the tasks defined by the Decree on the Appointment, the Committee began intensive work on preparing necessary steps and documentation for the foundation and operation of the University, starting with the design of the University organisation, drafting study programme proposals and planning constituent units of the future university.

The Committee proposed the University’s name, Hrvatsko katoličko sveučilište (Catholic University of Croatia), bearing in mind the importance of all three components. Soon, the University’s visual identity was developed (a coat of arms, motto, flag) mindful of the University’s nature and the time of the Committee’s establishment, ie the context of Christmas and the feast of the Epiphany, which inspired its motto ‘Lux vera’ – ‘the true light’ (Jn 1:9).

The Committee defined the University’s organisation, prepared its Statutes and other legal acts required for its foundation and activities, drafted study programmes in the field of social sciences (psychology, sociology) and humanities (history), enabling the University’s registration in line with regulations in force.

The Committee’s activities thereby ceased but its members continued their work. The Founder appointed them members of a new Committee of the Catholic University of Croatia, which was tasked with laying the groundwork for teaching and research activities at the University and administrative support for the University’s basic functions.

In the next two years, proposals for three study programmes were prepared: in the field of social sciences, the study programmes of psychology and sociology, and in the field of humanities, the study programme of history. In parallel with this work, it was necessary to reconstruct and equip buildings where classes could be held on the prospective University Campus. This was achieved in the period from 2006 to 2008 through the exchange of State- and Church-owned property and with an immense contribution of the Archdiocese of Zagreb. In 2008, Tarcisio Bertone, Cardinal Secretary of State of the Holy Father, blessed the University premises, and in July 2008, licences were obtained from the Ministry of Science, Education and Sports of the Republic of Croatia for implementing the study programmes of psychology, sociology and history, provided that teachers be employed evenly during a five-year period.

Teaching at the University began in the 2010-2011 academic year in the programme of history, which was led by Professor Jure Krišto, PhD, Director of History Studies.

In 2012, the study programmes of psychology and sociology were launched and permanent bodies of the University were established: the University Management, Academic Senate, professional councils, committees etc. Teaching staff as well as non-teaching personnel were hired, and the required number of part-time associates were engaged, in line with the University Strategy and activities to prepare and launch new study programmes.

Presently, in 2020, the University runs five study programmes with the required number of teaching staff in the scientific-teaching, teaching and associate degrees. In addition to psychology, sociology and history, the study programmes of communication sciences and nursing (full-time and part-time study), and a two-subject study of history and sociology have been launched. Doctoral programmes have been launched and licences obtained in humanities, history, and social sciences, sociology, and at the same time the academic level (undergraduate, graduate and postgraduate levels) of the study programmes has been completed in social sciences and humanities.

A licence from the competent Ministry has also been obtained for a demanding integrated undergraduate and graduate study of medicine, whose launching is in the works.

The University is also preparing to launch an IT study programme (computing). It is expected that the licence will be obtained for the next academic year. Preparations are underway for a demanding study programme of law.

In the 2020-2021 academic year, the University has one thousand two hundred and forty-seven (1247) enrolled students in undergraduate and graduate university study programmes and eighty-five (85) students in postgraduate university (doctoral) studies. The University has one hundred and fifty-seven (157) employees, including one hundred and seventeen (117) employed in the scientific-teaching, teaching and associate degrees and forty (40) employees are non-teaching personnel.

The Chair of Theology is a component of the University that offers theological courses and develops a recognisable Christian identity. Three theological courses are required in all undergraduate study programmes and curricula: Introduction to Theology, Social Doctrine of the Church and Bioethics.

After fourteen years of existence and ten years of operations, the University has begun to bear fruit in the sense of its social accountability – education of personnel who occupy significant posts in the Church and society. Here are some examples:

Since 2012, Day of the Catholic University of Croatia has been marked by a lectio magistralis held by:

In 2012, Cardinal Raffaele Farina, in 2013, Cardinal Péter Erdő, in 2014, Cardinal Zenon Grocholewski, in 2015, Cardinal George Pell, in 2016, Cardinal Robert Sarah, in 2017, Cardinal Pietro Parolin and in 2019, Prof Isabel Maria de Oliveira Capeloa Gil, PhD, Rector of the Catholic University of Portugal and President of the International Federation of Catholic Universities.

In 2016, the Catholic University of Croatia awarded its first honorary doctorate to Cardinal Gerhard Ludwig Müller.

The University has organised many public panel discussions, debates on essential, often very demanding topics such as relations between the Church and science, bioethical issues and social themes. Our University teachers present their research results in different church and social media, including the Croatian Parliament.

The University has several sources of funding. Pursuant to Article 6 of the Instruction on the Foundation of the Catholic University of Croatia and Article 3 of the Agreement signed on 2 November 2007 between the Government of the Republic of Croatia and the Archdiocese of Zagreb, and based on Article 2 Paragraph 2 of the Treaty between the Holy See and the Republic of Croatia on Legal Issues concluded on 18 December 1996, the University receives funding that is earmarked in the State budget (expenditures and salaries of employees), funds provided by the Founder (recurring expenditure, capital costs for the University’s development and construction of the facilities), as well as proceeds from the University’s own activities (revenues from tuition fees of undergraduate, graduate and post-graduate students and students in life-long learning programme), revenues stemming from donations, projects and others.

As its Founder the Archdiocese of Zagreb ensured initial funding to launch the University and the funds necessary for the construction and maintenance of the University infrastructure. Furthermore, the Archdiocese of Zagreb as the University’s Founder signed an Agreement with the Government of the Republic of Croatia on the allocation of funds for part of the funding required (employees’ salaries) for the University’s work. This refers to salaries of teaching and non-teaching staff, who receive their salaries and entitlements from the State budget under the same conditions as teaching and non-teaching staff at Croatian public universities.

The University has initially contributed to its own budget with a low percentage, with the proceeds from its own activities. However, since this trend is evolving – and different options for raising funds are utilised: from enrolment fees, tuition fees, provision of intellectual services, work on professional and scientific projects and donations – the University’s contribution to its budget has increased substantially and totals 15,045,103.33 Croatian kunas in 2020. The overall University’s budget stemming from the State budget, the Founder and revenues that have no impact on the University’s independence and dignity amounts to 39,509,636.33 Croatian kunas in 2020. 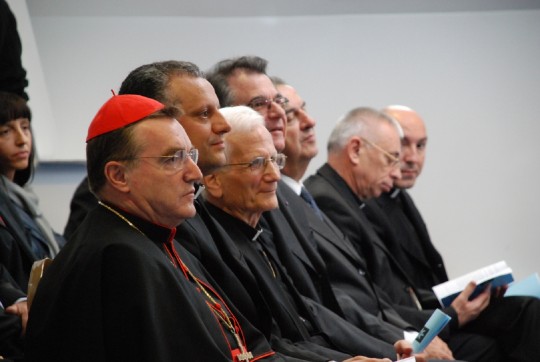 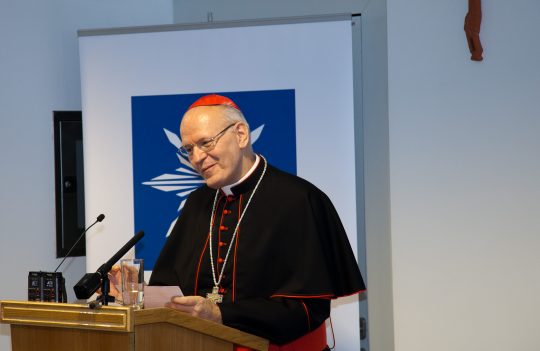 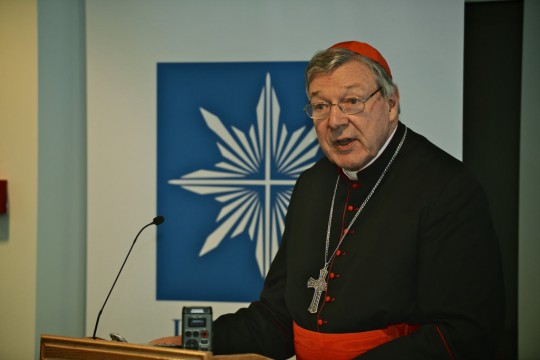 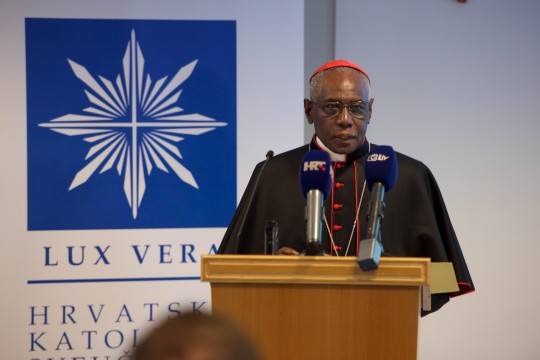 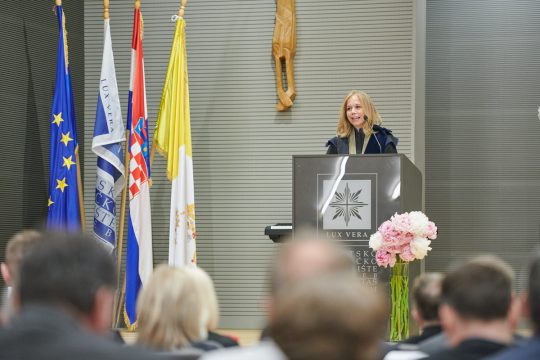