Programme of the conference 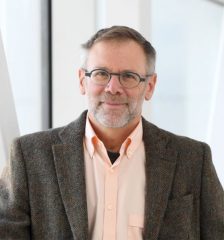 Using examples from his research and clinical practice around the world, Dr. Ungar will explore patterns of resilience in contexts where children and adults are affected by social marginalization, migration, violence and mental disorder. His work is demonstrating that resilience can be “diagnosed” with sensitivity to culture and context, identifying factors that are most likely to have the greatest impact on behavioral outcomes at different levels of risk exposure. Dr. Ungar’s program of research provides support for an ecological, culturally sensitive interpretation of what resilience means to those who experience extreme forms of adversity and the many ways mental health professionals can intervene to improve the wellbeing of people with histories of exposure to stress and trauma.

Michael Ungar, PhD., is the founder and Director of the Resilience Research Centre and Canada Research Chair in Child, Family and Community Resilience at Dalhousie University. He is the former Chair of the Nova Scotia Mental Health and Addictions Strategy, executive board member of the American Family Therapy Academy, and a family therapist who continues to work with mental health services for individuals and families at risk. His international series of studies spans six continents and has changed the way resilience is understood, shifting the focus from individual traits to the interactions between individuals and their social, institutional, built and natural environments, including health and social services. In addition to over 200 peer reviewed papers, Dr. Ungar has authored 16 books including his most recent, Multisystemic Resilience: Adaptation and Transformation in Contexts of Change (Oxford University Press, 2020) and Change Your World: The Science of Resilience and the True Path to Success (Sutherland House, 2018). 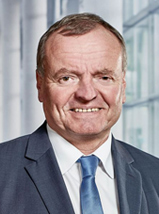 Digital Information Technology in Times of the Pandemic: What did we learn?

We all hope that by the time of the conference taking place the pandemic will be over. Even though, we can ask the question of what lessons we learned during the pandemic, in particular as regards the use of digital information technology (IT) to mitigate the effects of the pandemic and our measures to curb it. Physical distancing while staying in contact (i.e., “distant socializing”) was made easier by IT. Given that the good old phone works digitally these days, the (digitized) phone should be the favoured means for communication between friends and family. We know each other and can imagine the picture of the person we talk to, without the need for transmitting images. Our brains do that for us, and “audio only” requires much less bandwith and thereby energy. Education by computer works much less well than by teacher – this take-home message was harder to swallow for many working in the field. We must realize, what computers and the internet can and cannot do in educational settings. Digital health care systems could have been helpful through the pandemic, but their potential – at least in Germany – was not realized. In the level of society, fake news and filter bubbles formed a large impediment for rational decision making and behavior by as much as 20% of the German people. However, for the majority trust in science increased. During the pandemic, the older generation was hardest hit by the virus. In the long run, the young generation will suffer the most, not from the virus, but from our responses to it.

Professor Manfred Spitzer, a renowned German neuroscientist, psychiatrist and psychologist, studied at the University of Freiburg. From 1990 to 1997 he worked as a senior physician at the Heidelberg Psychiatric University Hospital. Since 1997 he has been the Head of the Department of Psychiatry at the University of Ulm, where he founded the Ulm Transfer Centre for Neuroscience and Learning in 2004.
He taught at some of the world’s largest universities, including Harvard, Heidelberg, Oregon, and many others.
He has authored numerous professional and scientific papers, and books in the field of neuroscience, psychiatry, psychology, learning and child development, including the book Digitale Demenz: Wie wir uns und unsere Kinder um den Verstand bringen in which, based on scientific findings, he discusses consequences which the time spent in front of digital media screens can have on a developing brain. His last book was published in 2020 under the title Pandemie: Was die Krise mit uns macht und was was daraus machen.

He has received numerous honors and awards, including the Duphar Research Award of the German Society for Psychiatry, Psychotherapy and Neurology, the Cogito Award, and the Margrit Egner Award by the foundation with the same title.

The Book of Abstracts is published

Call for abstracts is now open