Welcome to the Catholic University of Croatia! 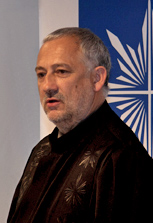 We are proud to present the results of our research and collaborative work on the international project “Religion and Human Rights”. The project coordinator was prof. dr. sc. Hans-Georg Ziebertz with Julius Maximilians from the University of Wurzburg, with whom I worked as project leader.

The project was launched with the aim of exploring the relationship between religion and human rights, the effects of religious beliefs and practices on attitudes towards human rights, as well as analysing the
differences and similarities between the project’s member states. The empirical portion of the study involves about 25 000 young people, of which 1,284 are high school students from Croatia.

The networking of scientists from different social and cultural backgrounds contributed to the development of comparative research perspectives in the field of human rights and religion.

This project is valuable and important as an international, interdisciplinary,inter-confessional and inter-religious context. As a result of this project, a collaborative network of scientists from five continents was formed. The networking of scientists from different social and cultural backgrounds contributed to the development of comparative research perspectives in the field of human rights and religion. An interdisciplinary approach was taken to the topic in the domain of sociology, law, psychology, theology and political science. Special attention was paid to inter-confessional and inter-religious aspects of the relationship between religion and human rights given that the participants come from countries where different Christian denominations are in the majority (majority Catholic, Orthodox and Protestant countries), and a few scientists are investigating human rights in predominantly Islamic and Hindu countries.

As host of the conference, on behalf of the Croatian Catholic University, I would like to thank the participating institutions, scientists and associates of the project for an international contribution to reflections on the relationship between political rights and religion as an important issue for the social public and the academic community.